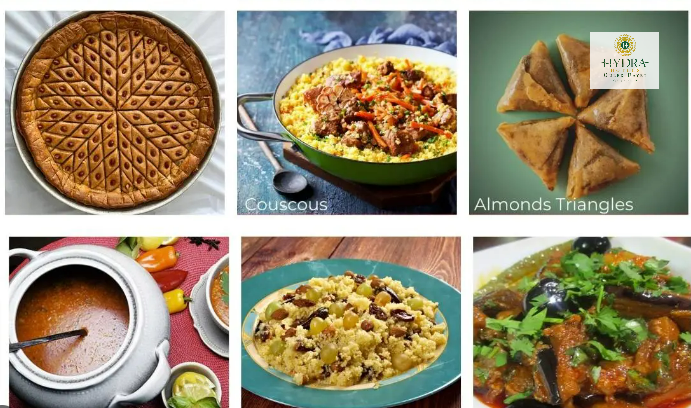 Algerian food culture is a rich and diverse blend of Mediterranean, Arab, and Berber influences. It is known for its flavorful and aromatic dishes, which often feature a variety of spices, herbs, and vegetables. Algerian cuisine is also heavily influenced by its geography, with seafood being a staple in coastal regions and lamb and chicken being more prevalent in the inland areas.

Some popular Algerian dishes include couscous, tagine, and shakshuka, as well as a variety of savory pastries and breads. Algerian food is often served communally, with guests gathering around a large platter of food to share and enjoy. The country’s food culture is also heavily influenced by its history, with many dishes having been passed down through generations.

In addition to traditional Algerian dishes, the country’s food culture has also been influenced by the various cultures that have inhabited it over the years. For example, French colonizers introduced many European dishes to Algeria, which have since become popular in the country. Algerian food culture is also heavily influenced by the country’s agricultural industry, with locally grown ingredients such as olives, dates, and grains being used extensively in Algerian cooking.

One of the most well-known aspects of Algerian food culture is the importance of hospitality. Algerians place great value on welcoming guests into their homes and treating them with generosity and kindness. This is reflected in the country’s food culture, with guests often being served an abundance of food and drink.

Overall, Algerian food culture is a rich and diverse blend of influences that has produced a unique and flavorful culinary tradition. From traditional dishes like couscous and tagine to more modern fusion cuisine, Algerian food is a reflection of the country’s rich history and cultural diversity.

Best Algerian Food You Should Have While Visiting Algeria

Couscous: This is a popular dish made from steamed semolina grains, often served with vegetables and meat or fish. 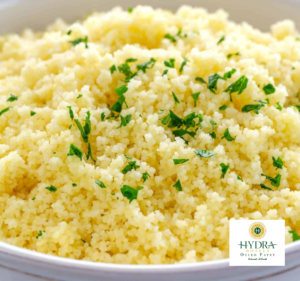 Tagine: This is a type of stew that is cooked in a cone-shaped pot with a wide base and narrow top. It is typically made with meat, vegetables, and spices. 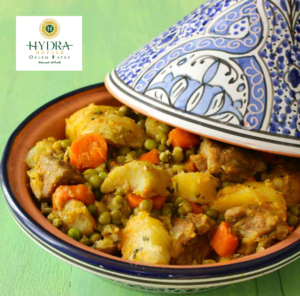 Shawarma: This is a popular street food made with thin slices of marinated meat, such as chicken or lamb, that is grilled on a spit and served in a pita or flatbread. 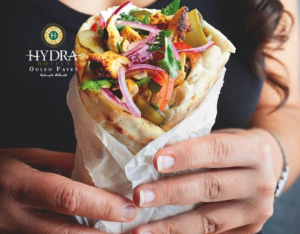 Falafel: These are small balls or patties made from ground chickpeas or fava beans and deep-fried until crispy. They are often served on pita bread with vegetables and various sauces. 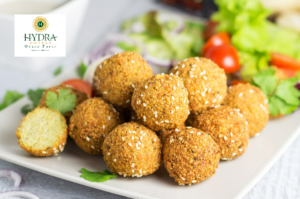 Harira: This is a traditional soup made with lentils, chickpeas, and a variety of vegetables and spices. It is often served during the month of Ramadan to break the daily fast. 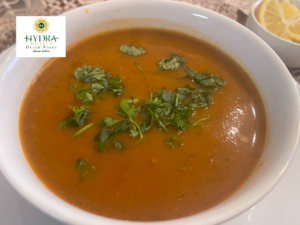 Merguez: This is a spicy sausage made with lamb or beef and a variety of spices, such as cumin and paprika. It is often grilled and served in sandwiches or with couscous. 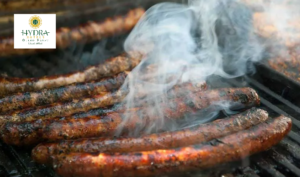 I hope this list gives you some ideas for dishes to try during your visit to Ouled Fayet. Bon appétit!

Why Hotel Hydra Ouledfayet is the best choice for you to take Algerian meals?

I recently stayed at Hotel Hydra Ouled Fayet and was thoroughly impressed by the traditional Algerian meals that were served. From the moment I arrived, I was welcomed with a warm and hospitable staff who were eager to make my stay as comfortable as possible. The hotel itself was clean, spacious, and well-appointed, with all the amenities I needed to feel at home.

But the real highlight of my stay was the food. Every meal was a true culinary delight, featuring a wide variety of traditional Algerian dishes that were expertly prepared and beautifully presented. The couscous, in particular, was a standout – fluffy and flavorful, with an abundance of vegetables and meat that made for a truly satisfying meal. The tagine was also excellent, as was the shakshuka and the various breads and pastries that were served throughout the day.

Overall, my stay at Hotel Hydra Ouled Fayet was a truly memorable experience, and I would highly recommend it to anyone looking to experience the best of Algerian food culture. The hotel’s commitment to using fresh, locally-sourced ingredients and its dedication to traditional cooking techniques really sets it apart, and I can’t wait to return and indulge in more of their delicious meals.

1. What are some common ingredients used in Algerian cuisine?

2. What are some popular Algerian dishes?

Some popular Algerian dishes include couscous, which is made from steamed semolina grains and served with a variety of vegetables and meat; tagine, a slow-cooked stew made with meat and vegetables and often served with couscous; and shakshuka, a dish of eggs poached in a spicy tomato sauce.

Other popular Algerian dishes include kebabs, brik (a savory pastry filled with eggs, tuna, and vegetables), and various breads such as khobz (a round, flat bread) and msemmen (a thin, grilled bread).

3. How does Algerian food culture reflect the country’s history and cultural influences?

Algerian food culture is a reflection of the country’s rich history and cultural influences. The cuisine is heavily influenced by Mediterranean, Arab, and Berber traditions, as well as the country’s geography and agricultural industry.

The French colonizers also introduced many European dishes to Algeria, which have since become popular in the country. Additionally, Algerian food culture is heavily influenced by the importance of hospitality in Algerian society, with guests often being treated to an abundance of food and drink.

4. How is Algerian food traditionally served and eaten?

Algerian food is traditionally served communally, with guests gathering around a large platter of food to share and enjoy. Meals are often accompanied by bread, which is used to scoop up the food, and are often followed by sweet pastries or fruit. In some parts of the country, it is traditional to eat while sitting on the floor or on cushions, using low tables or trays.

5. What are some popular Algerian drinks?

Some popular Algerian drinks include mint tea, which is served at all times of the day and is often accompanied by pastries; coffee, which is often served after meals; and various juices and smoothies made from locally grown fruits such as oranges and dates. Algeria is also home to a number of wineries, and Algerian wine is becoming increasingly popular both within the country and internationally.